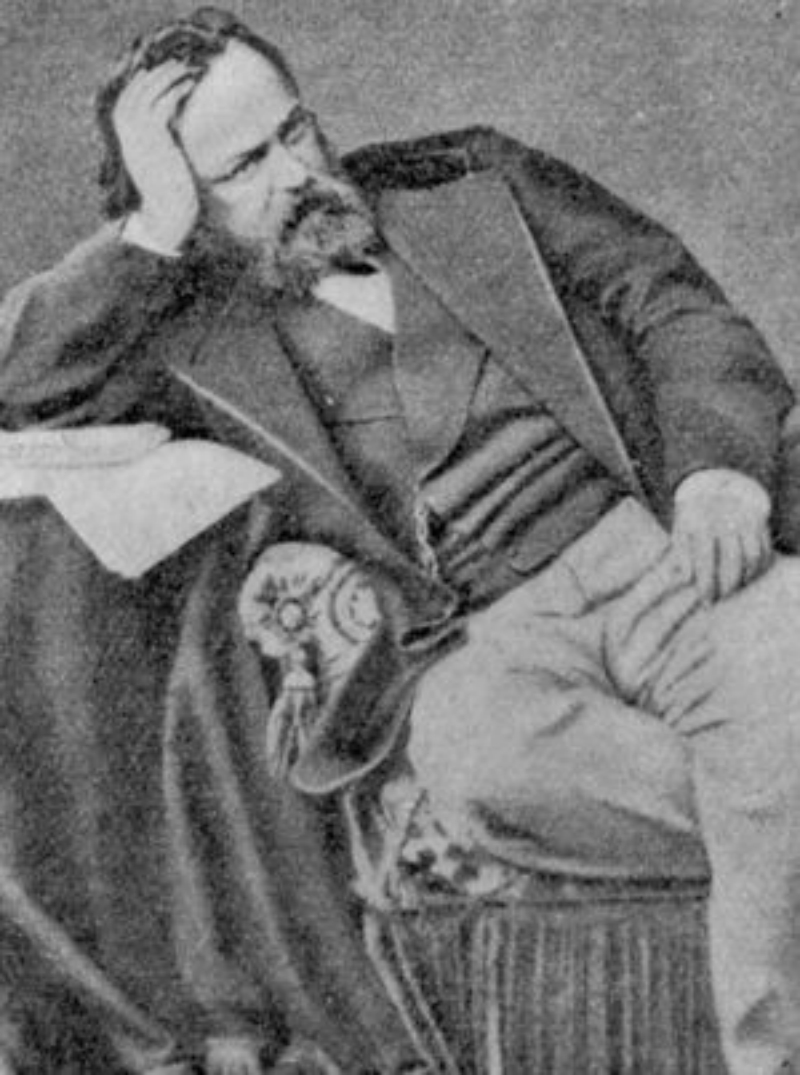 Today’s post is about Sergey Lvovich Levitsky, one of the most innovative photographers of the mid nineteenth century. Born of noble blood in 1819, he took a law degree at St. Petersburg and by the 1840s was studying chemistry at the Sorbonne. This placed him in the French capital at precisely the time photography was invented. In fact, we know that he met Daguerre and that the two of them discussed the new medium.

I want to concentrate on his masterful portrait of Herzen, the well-known thinker and “father of socialism,” who was also Levitsky’s cousin. Aleksandr Ivanovich Herzen was at the height of his fame and notoriety in 1860 when Levitsky photographed him in exile. Herzen had managed to provoke the Tsar with taunts on the ruler’s incompetence combined with calls for the liberation of the serfs (which in fact was accomplished only one year after this photo was taken).

Herzen’s brilliance and profundity were often noted and these are among the qualities that Levitsky memorably captured in this image. Note the baroque composition, which would have been at home in a 17th century portrait by Caravaggio, creating a strong line of force that begins at top left with the head and then rushes diagonally across the surface until we reach the feet at bottom right. This creates a dynamism that animates the image while simultaneously calling attention to the head—that brooding, intense head, with eyes that look out into an indeterminate distance while a single hand supports its weight. Here is the image of a man deeply thoughtful and concentrated.