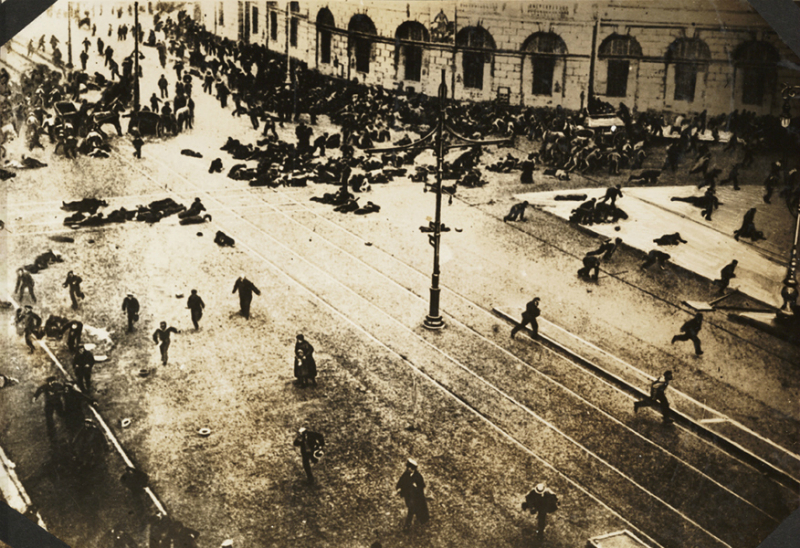 Someone should write a novel about Karl Bulla. This man born in Prussia, who escaped to Russia, opened a photo business in St. Petersburg, reported on the vast diversity of Russian life in the late nineteenth century, and made his way to become Court Photographer to the Tsar, was in St. Petersburg (Petrograd) when the Revolution broke out in 1917. And he had his camera. 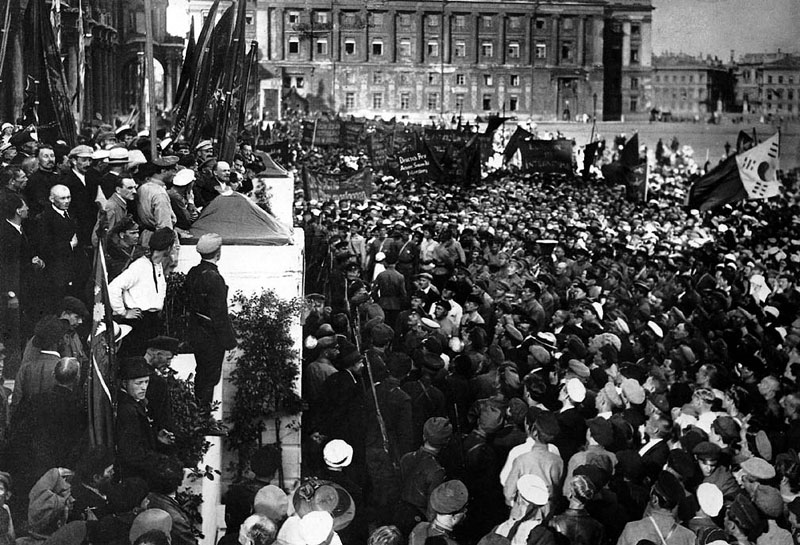 Karl Bulla, Vladimir I. Lenin at the Commemoration of a Monument to Karl Liebknecht and Rosa Luxemburg. 1920.

We owe some of the most famous images of the Revolution to him. We see the whole thing unfold before our eyes in ways that no one could predict: the peaceful demonstrations, the Tsarist leaders huddled together as they strive to control the situation, the Provisional Government, Kerensky, the battalions, the riots, the shooting.

Camille Pissarro had photographed Parisians ambling down the Boulevard des Capucines just a few years before from a vantage point similar to Bulla’s. But now we see something utterly different: a Revolution unfolding before our very eyes. People scatter every which way, some hide behind obstacles, others run arms flung high, hats fall to the ground, horses and carriages turn around, a mass of dead bodies lies on the street, a mother protects a child. Photography made it impossible to glorify war.
Collapse