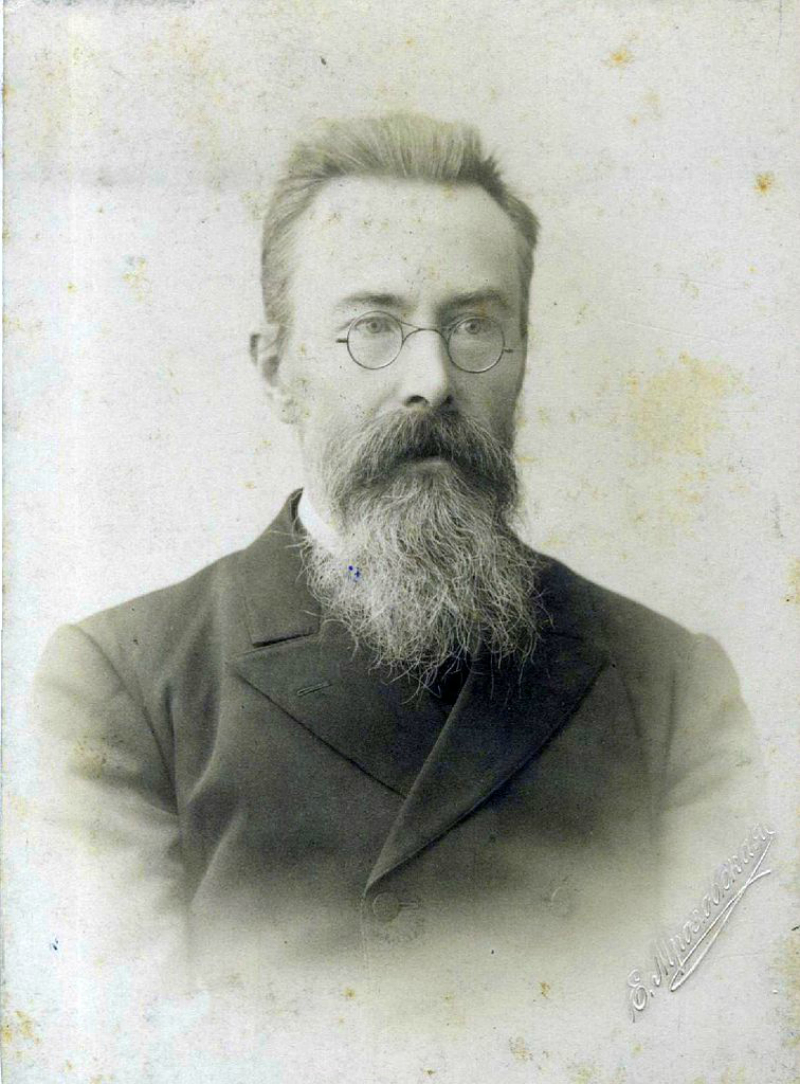 Elena Mrozovskaya was one of the major women photographers working in St. Petersburg in the late nineteenth and early twentieth centuries. Her date of birth is unknown. She studied photography in Paris and St. Petersburg and went on to take numerous portraits before her death in 1941, in a Soviet world far from her experience with Princess Orlova and the last gasp of tsarist Russia.

Above is her portrait of Rimsky-Korsakov, one of the great Russian composers of the nineteenth century. He is as austere as Princess Orlova is grand. There is no plumage around him, just a sober dark suit and simple wire-framed glasses. Still, in a sense, the two images rhyme: where the Princess’s kokoshkin lifts the eye up away from the face, the composer’s scraggly gray beard brings the eye down. It speaks of seriousness. I think much of what Mrozovskaya did involved using outer markers of status (tiara, beard, spectacles, etc.) as ways into understanding a portrait. We find the same thing in religious painting. An “attribute” identifies a saint (a shield for St. George, a wheel for St. Catherine, etc.); in these images, the attribute is secular and helps identify an important aspect of the sitter’s life.
Collapse